When Life Gives You Ice...

Pssst: You may need to install Adobe Flash Player or use a modern browser if the Photospheres do not appear correctly. I recommend Google Chrome, but you can also use Mozilla Firefox or Opera.

Fall is Falling In Fast

It's been a while since I've posted here on the blog. Since we came back, we've participated in different library activities that seem to be funded either by the public library system itself or sponsors from family attractions such as the Science Museum Oklahoma. They all are high quality and range from the pre-school to the adult levels of interest. They cover topics from exploring the world of the Hobbit to learning about local cultures through art and literature.

School has also started up, increasing the workload while also adding a sense of rigidity and order to our daily lives. Day to day work is uneventful, while academics are rigorous but not overwhelming. Thanks to the efforts of administrators, I was able to drop one of five of my scheduled AP courses prior to the beginning of the school year, which was probably the difference that allows my studies to continue without swamping me.

The temperature has also been falling with regularity now. Daily highs now range in the 70s, with rare extremes in the high 60s and low 80s. Humidity also seems to be reduced, although I think that's an illusion provided by the falling temperatures.

Extracurriculars have also started, with the Canterbury Choral Society opening the season with Carmina Burana. They invited Canterbury Youth Chorus' Chorale and the Oklahoma City Philharmonic to share the stage with them, and it was quite the event. Also, the corporate rowing team for Boeing participated in the Oklahoma Regatta Festival.

Things appear to be quiet for the next couple of months. Just the regular daily activities for now. I'll post again when there's been something notable.

Posted by Unknown at 7:05 PM No comments:

Yeesh... I haven't updated the blog in ages.

It was great to see everyone back in Southern California in July! We had a splendid time being with y'all commingling and visiting. Yes, we finally got another family photo:

We most definitely enjoyed your weather, even though we missed a cool wave back in Oklahoma. Mom and Dad took advantage of the climate with long walks throughout Irvine and Newport Beach. We also enjoyed meals at our favorite restaurants not available in Oklahoma (shout out to Souplantation/Sweet Tomatoes and Ebisu Ramen Restaurant, among others).

We also visited Seaworld San Diego since we were in the area. Quite enjoyed ourselves, in fact, since it wasn't too hot and the park wasn't too busy. (Click the image to visit the album.) 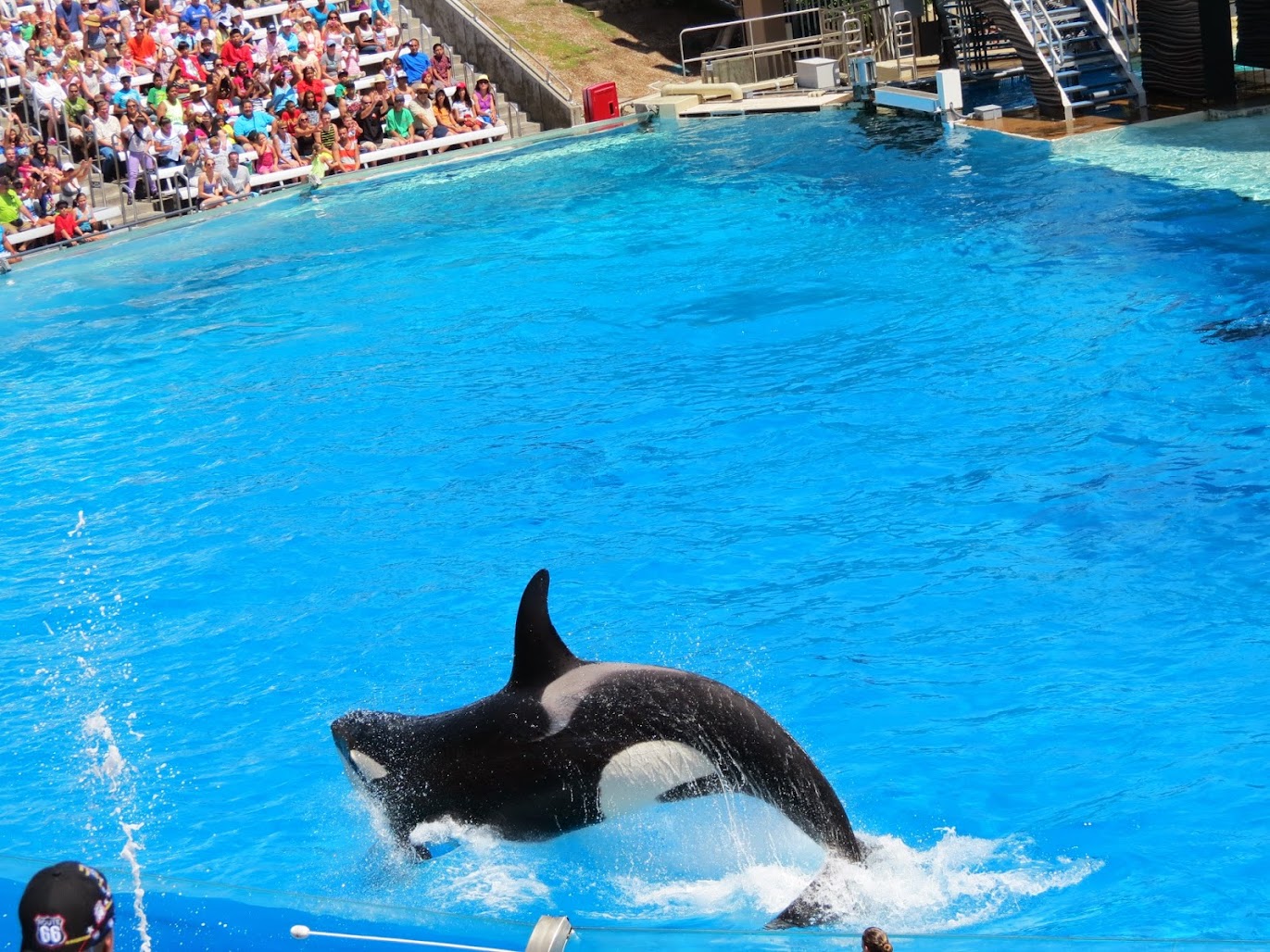 On the way back to Oklahoma, we visited the Petrified Forest. Other than the fact that it was quite warm, it was an interesting place to visit. 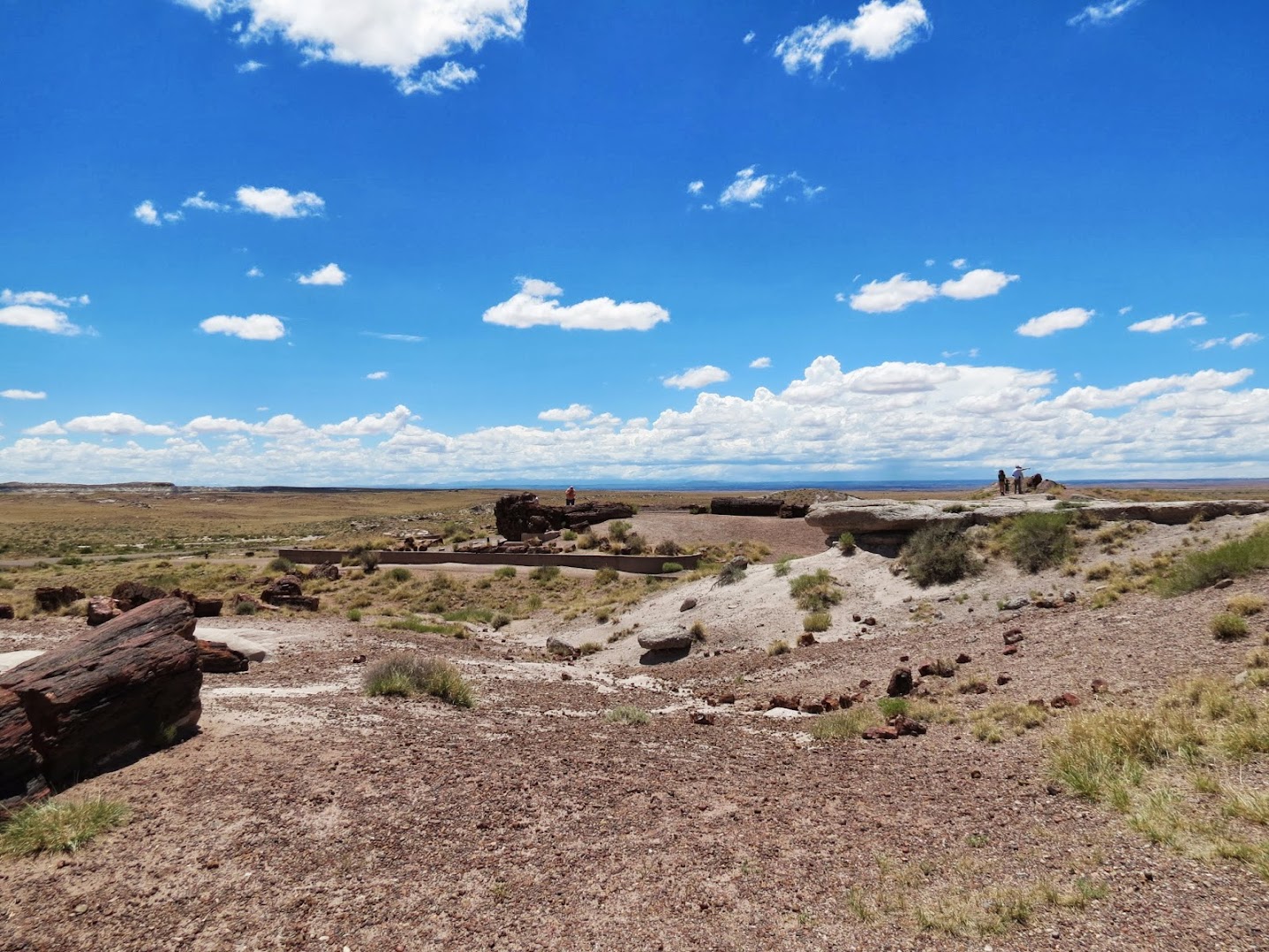 Since our return, things have been slow. Just prepping to gear up for school, hard to believe that it starts this Tuesday. I'll try to update this blog more frequently during the school year.
Posted by Unknown at 11:20 AM 1 comment:

Back from the Isles

Well, we came back from Hawaii. It was exciting, eventful and frustrating. Confused? 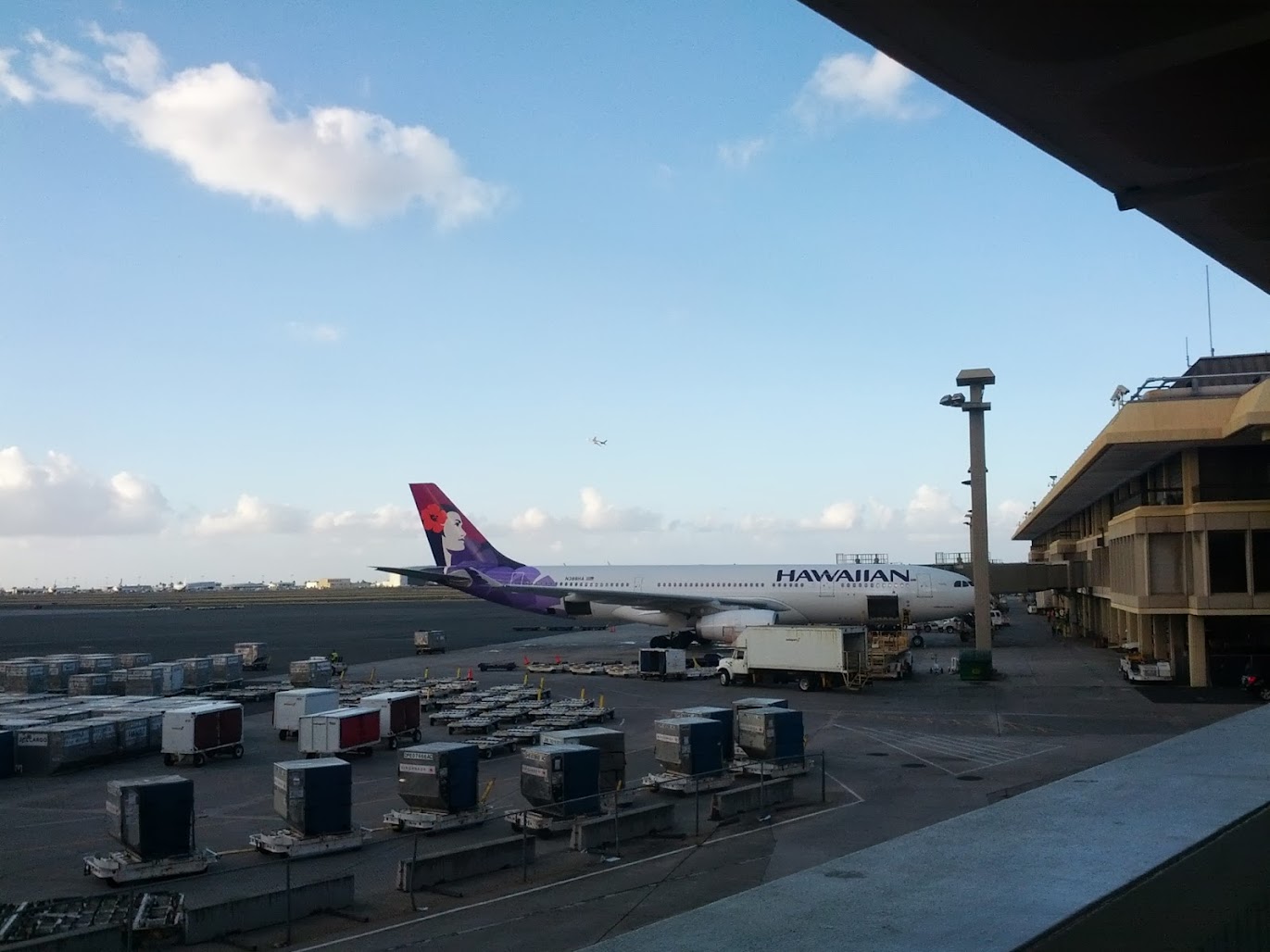 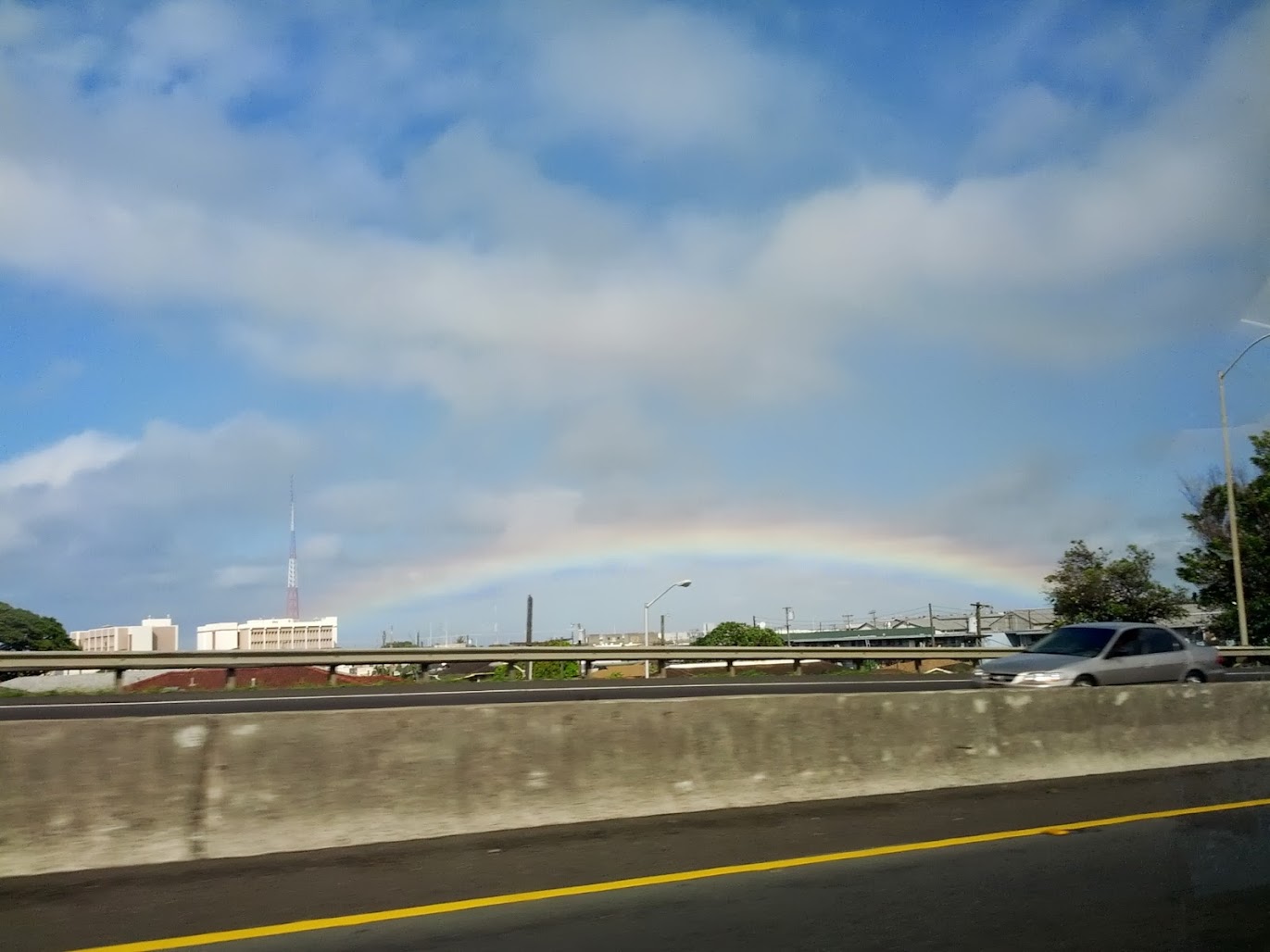 Our car log registered a total of 48 hours of driving... out of 9 effective days. Honolulu traffic seems to get worse by the minute. The weather was nice and balmy... not too hot, not too cold, not too many bugs, but meh on the humidity. It was quite enjoyable for us, even if it doesn't sound like a dream for the standard tourist. We mostly had fun, although there were some bumps along the way. Now that we're back home... its hard to believe that the weather is so different. We had the luck to connect through LAX, although we weren't able to stay long, though it was long enough to remind us of what we're missing.

What'll be next for us this summer? Stay tuned to find out.
Posted by Unknown at 4:18 PM No comments:

We're Off to Hawaii

So we survived the storms this past week. According to NewsOK/the Oklahoman, the closest tornado to us was an EF1 that went up a major street near commercial businesses about 5 miles away. It knocked out power lines all the way up the street, causing tieups and road closures, but nothing major like the Moore tornado about 20 miles south of us.

Efforts to recover and cleanup have been overwhelming, with emergency responders and relief organizers requesting that people stay home and allow those already on site to assist as quickly as possible. The tornado was eventually determined to be an EF5 and 1.7 miles wide at its strongest point, hitting multiple businesses and elementary schools along its 17 mile path. According to the National Weather Service, Monday's tornado was the ninth deadliest in state history with 24 fatalities.

Wow, has it already been a month since I last posted?

I suppose testing made the time go by faster. End of Instructions (EOIs), or Oklahoma Core Curriculum Tests. A mouthful, no? At the very least, California's acronym of Standardized Testing and Reporting (STAR) actually makes a word. But, I digress.

The weather here continues to be random. A few days ago, we were in the low nineties, now we're in the high sixties. At least the rain continues to be consistent in volume, if not sporadic in timing and otherwise grouped with other severe events. It's helping with the drought that has plagued Oklahoma for the past few years.

My sister's performance in Canterbury Choral Society's performance of Lennon Bernstein's MASS was a huge success. It was quite splendid performance, if a bit long. The main cast was associated with Oklahoma City University's Theater and Drama Department.

In other news, standardized testing is now completed for the academic year 2012-13. Personally, I'm pleased with how my ACT and SAT scores turned out, although the writing portion on the SAT was less than I hoped for. Computer glitches and bugs were mostly avoided, although some other grades weren't as lucky.

Soon, school will be over (8 more school days) and we'll be off to Hawaii in 17 days. Funny how time can pass quickly, but the "now" seems to be interminable? I've got some new pictures of neat places in Metro OKC, so hopefully I can piece together a new look for this blog soon.

Well, here we are in the month of April, and we just has a bit of wild weather. Check it out:

We've been having increasingly warm weather, often getting into the high 70s F (breaching 80F a couple of days). Then we had a Thunderstorm/Lightning/Hail warning this past Tuesday that disintegrated into a Sleet/Snow/Freeze Watch on Wednesday morning. Lots of rain, I can tell you that.

Other than that, things have been calm. We have a few things on the upcoming... Testing in schools is happening this month, since Oklahoma schools usually dismiss in mid to late May. I'm due to take the ACT this Saturday to get a complementary score to the SAT test I took back in March. Also, Sis will be participating in an event this Saturday evening that may or may not be telebroadcast based on attendance at the Civic Center in Downtown Oklahoma City. More information as it comes.

Meanwhile, our much needed trip back to see family, relatives and friends on Oahu is less than two months away! We'll be driving down to Dallas and fly to Honolulu via Los Angeles. We'll start shortly after school ends, so heads up on that end. The blog and Google+ will be updated frequently when we get on the road.

For now, I'll leave it here. And this time, I'll actually push the publish button.
Posted by Unknown at 4:59 PM 1 comment:

Wow, time flew. And, the majority of March has passed us by as well. Yikes.

For the month of March, we've been less busy but more busy. How's that for a conundrum? Recently, we've been taking it relatively easy, settled into a pattern, shall we say. Yet, we've still managed to branch out and try new things and go new places.

No, not literally. But metaphorically? Yes.

School took over the majority of my time, hence why there has been no posts for ages. So, allow me to get you caught up... (click the read more link, there's a bunch of content that I don't want to slow you down with until you're ready to actually consume it)

It's snowing (and sticking)! I'll have to post an update on us soon, if school weren't so troublesome.... 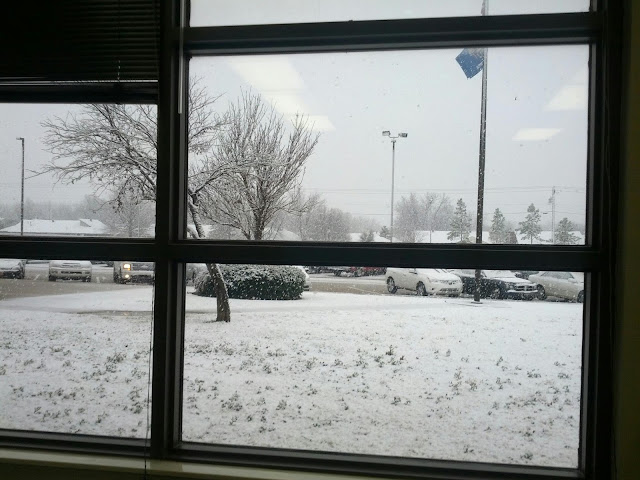